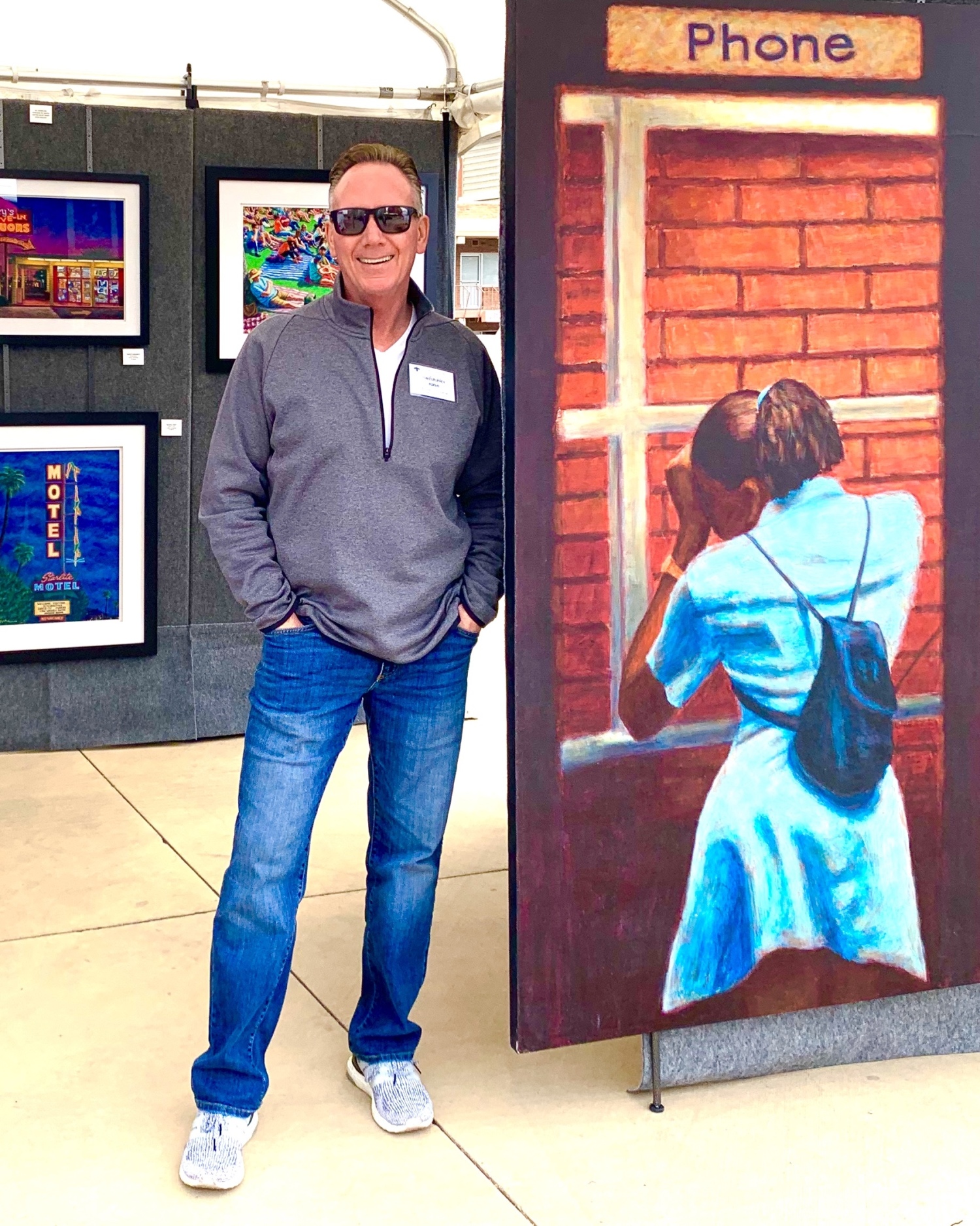 Scenes of people and places, everyday images that often get lost in our hectic fast paced world, these
are the artworks created by Christopher Roche. "I have always been naive enough to believe that if I create images of great interest to me, that they will be of interest to others as well." His striking paintings of people and places have a familiarity about them. Whether images of sporting events, people living their daily lives, or beloved local landmarks, Roche brings all of them to life through his pastel and acrylic paintings.

A native of San Mateo, California in the San Francisco Bay Area, Roche grew up in a family of seven children and had art in his blood from an early age. A huge fan of the San Francisco Giants, and 49ers, playing sports and competing against his five brothers was a daily occurrence growing up. After breaking his leg at the age of eleven, unable to play sports for an extended period of time, drawing became an even more important part of his life. After graduating high school he attended the College of San Mateo, where he was fortunate to study art under Joe Price, a master serigraph artist in his own right, and the most passionate and intense instructor Roche had ever encountered.

The fire lit by Price led Roche to Southern California to study art at California State University Long Beach. It was here when studying art history that Roche's art became influenced by the paintings and pastels of Edgar Degas, as well as the work of American artist Edward Hopper. It was not only the techniques and bold uses of color and light that fascinated Roche, but the everyday subjects they chose to paint. "People viewing my paintings may not know the people I paint, but in reality they do, because they are just a reflection of all of us," says Roche. Armed with a clear vision of the subject matter he would pursue, Roche continued to develop his drawing skills and use of color, under the keen and watchful eye of highly respected instructor and artist Dick Oden.

Staying in Long Beach after graduation Roche began to paint feverishly and started to find his way as an artist. He became a three time Public Corporation for the Arts grant recipient in the City of Long Beach, where he conducted art workshops with at risk youth, and set up local exhibitions of his own work. He soon began to exhibit and sell his work in galleries, including solo shows, and numerous juried exhibitions in the surrounding cities of Santa Monica, Beverly Hills, and Laguna Beach. In 1992 a large group of his works were put  together to create a "Scenes of L.A." show at the Los Angeles County Museum of Art, which focused on promoting the work of local emerging artists.

In the year 2000 Roche moved to Arizona with his wife and son. No longer was his focus on his art, but on his family. His passion and energy turned to education, where he earned his teaching certificate and began and began working in education. He received his master's degree in elementary education from Northern Arizona University in 2007. "I have always enjoyed working with kids and making an impact on their lives, my background in art has helped me tremendously in my teaching career," says Roche. A highly respected and sought after educator, he has been teaching 6th grade in Mesa Public Schools for the past 18 years.

Although his art became much more sporadic during this time, Roche never lost the need to create. In 2014 with his son off to college he rededicated himself to his art. Sketching scenes around town on location in pastel, he soon found himself back in the studio generating a new body of work. Making up for lost time, and working with a sense of purpose and urgency, Roche soon found himself exhibiting his work in numerous regional and national exhibitions. He is a member of the Arizona Pastel Artist's Association, and currently exhibiting at shows throughout the Southwest.